Anyone else having issues with firefox today? Running 36010, btw. 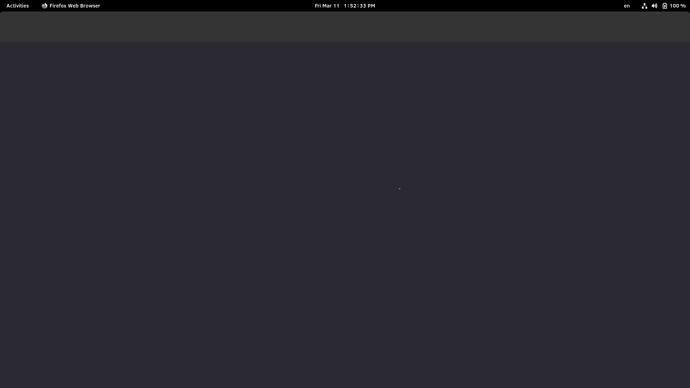 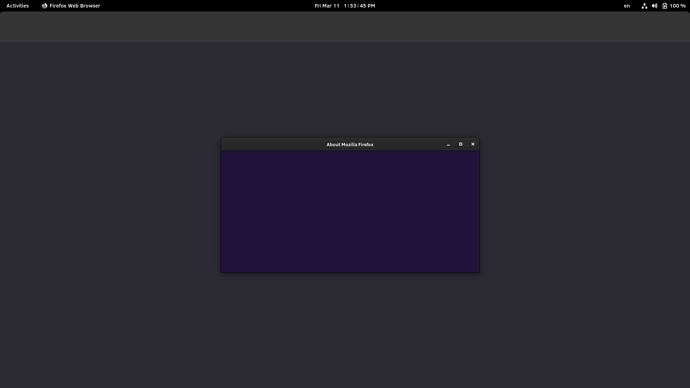 Are you using the Firefox bundle or Flatpak ?

Bundle. Thing is, if I launch it in safe mode, it works, but in regular mode, even with all extensions disabled, it still broken. Ideas?

Anki had a problem for me where the application would react the same way as your Firefox, seems to be a glibc problem with older apps. Anki for example recommends using the beta version with uses Qt6 and doesn’t have this problem, or run the app in --no-sandbox mode. You can try that, run it un safe mode like you say, or simply using the flatpak version.
https://docs.ankiweb.net/platform/linux/blank-window.html

how did you install firefox beta?

I have the normal Firefox bundle but when I click the menu and go to “Help > About Firefox” the version number is 99.0b2 although the bundle version is 98.0 now

I did nothing to have the beta

Perhaps that’s how it became beta ?

I just downloaded 36070 to do a fresh install and it’s also exhibiting the same issue.

Do you know if the devs have been made aware of this?

No, sorry, I don’t know if that will happen. The other users here are reporting no problems with bundled Firefox, so it would seem that the problem is not on Firefox side, hence, there is nothing to fix actually.
I said that because I thought that it was a widespread problem such as Anki’s, but it seems it wasn’t.

I suggest that you try it on another PC, or try do a swupd repair, maybe also reinstalling Firefox to see if maybe some config from the app is conflicting. Honestly I have no idea what could be causing it, for this cases I just do trial and error until success.

EDIT: Just read that you actually did a Clean install… Hm… this is really weird, maybe it’s a driver thing issue? Honestly I don’t know what could be causing this, but only thing that comes to my mind assuming everyone else doesn’t have problems is some kind of incomaptibility with the hardware you are using and CL/Firefox.

It’s liveUSB CL 36070 running on a Haswell mobile i7-4810MQ/HD 4600, and Firefox is the only app with issues.
Anyway, I’m not savvy enough to find out what’s happening, I’ll just use Chrome.

The solution is to disable “Use hardware acceleration when available”. Don’t ask me why, though.
Reminder that the issue also happens on v. 36070 liveUSB with no modifications whatsoever, so maybe it could affect other people still on Haswell?!

humm. even with use hardware acceleration enabled i need to set gfx.webrender.software to true

I don’t know. I remember that first time install Clear Linux on my PC just work fine with the default setting.

Something broke along the way. I too didn’t have to disable hw_accel for it to work in installations leading to this one.

I totally uninstalled Firefox and downloaded Brave Browser and everything just works all media on all platforms FB,Twitter,Tubi, YouTube.