My huawei matebook d15 laptop indicator status is always ‘not charging’ despite charge light showing full. After a short while of fresh installation, indicator stops working properly with constant ‘not charging’ status notwithstanding charge cable plugged or not. I tried depleting battery and it is of no use either.

I tried reinstalling clear linux several times but the issue is persistent.

Clear linux is my daily driver on the same laptop 2-3 months and this annoyance appeared just recently.

To check whether this is inherent to my hardware i have tried fedora and opensuse for a few days and the issue is not present with both, so I presume there is no problem with my battery and suspect this issue might be related to the last update of clear os? 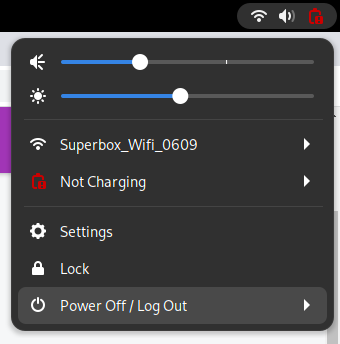 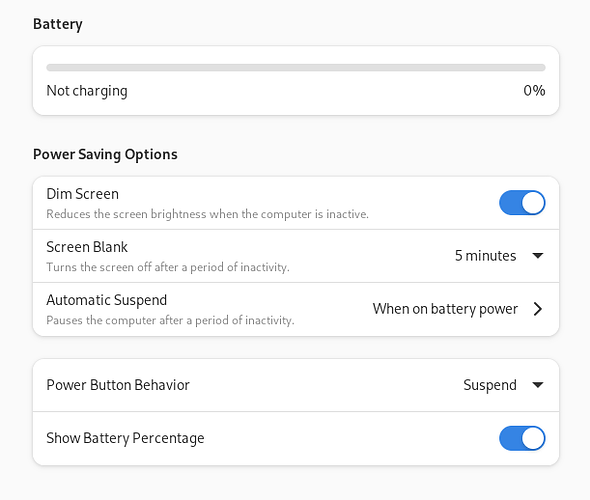 Does the charge indicator go red after waking up the screen?

Thank you. Actually, it has been red all the time since after few hours of fresh installation. Nevertheless I tried suspending and resuming and it still is red.

Hm… while I don’t know what may be causing the issue, I had a problem on my netbook with hardware acceleration, it broke in Linux kernel 5.19.
Since I did not change any configuration and the issue “magically” appeared, I ended up going to the LTS version of the Linux kernel, which is more stable than the native version.
After doing that, hardware acceleration worked flawlessly again:

HOW TO: Kernel LTS General Discussion

Try to change to the LTS kernel, it may help you.

NOTE: Remember to reboot the computer after setting the kernel in terminal.

LTS Kernel solved it! Thanks Dapal.