What way do I resolve the deficiencies (see image) installing oneAPI base? 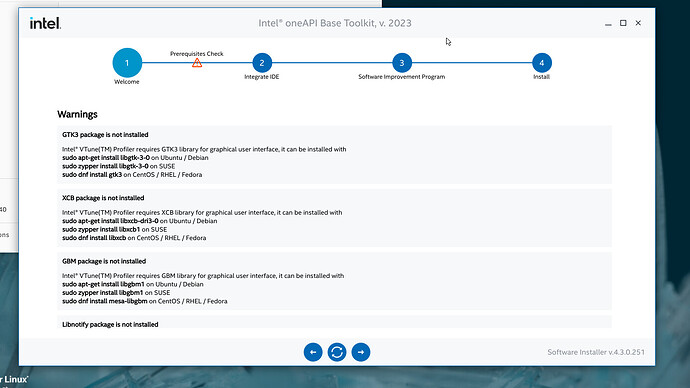 There are several options to cover them. The bundle devpkg-wxWidgets for example should cover at least all those listed in your screenshot. Given the list in your screenshot, it seems more likely though that at least some of them are actually installed on your system but the installer simply cannot detect their presence since it is not familiar with the very special way of package management in Clear Linux. It for sure is kind of ironic that an Intel product does not support an Intel-sponsored distribution but not particularly unlikely given that Clear Linux definitely is not a mass-market product.
Does the installer potentially have some option to force installation despite those “missing” dependencies? In that case, you could install it nevertheless and then install those dependencies manually that are actually missing.

The installer not detecting installations I can confirm. I have a working install without Vtune or Advisor, and I will try those soon to see if they work even though installer complained.

I don’t use Vtune often, but it comes up OK to configure a c++ project in Eclipse. I added things through swupd that the install complained about. Some like glib2 I ignored.