Stuck on boot in VM

I installed Clear Linux on VMware Workstation and followed the steps outlined here:
Clear Linux* OS on VMware* Workstation Player — Documentation for Clear Linux* project (01.org)
I have also made sure Intel virtualization is enabled in BIOS. I keep getting stuck on this screen with no movement. 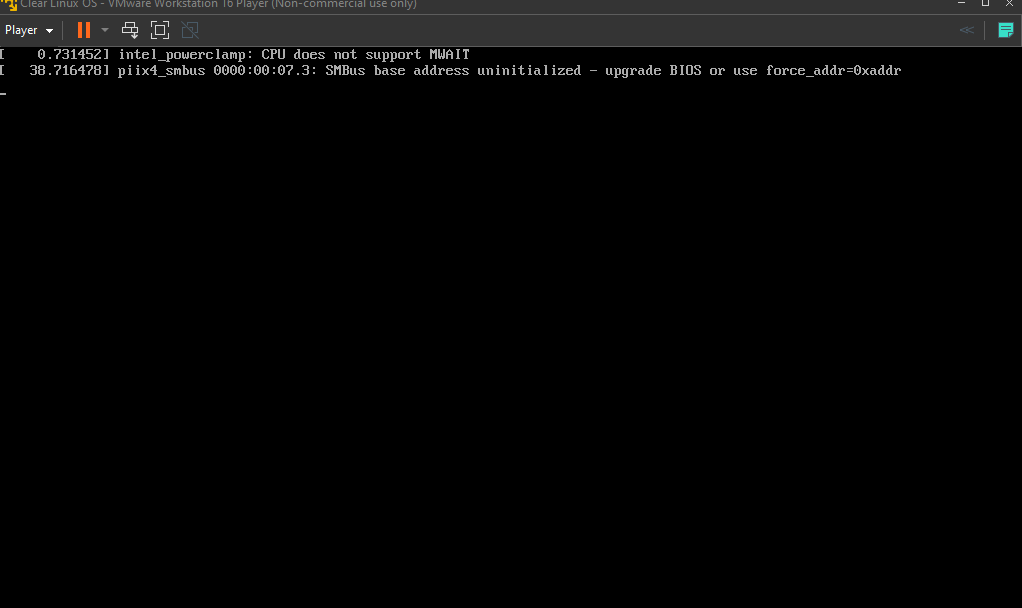 What version ISO did you use to attempt the install? The latest version ISO’s do not appear to work in the VMware. I had to use an older version clear-35000-live-server.iso. This version is no longer available in the download Clear Linux area anymore. That said they do have clear-32480-vmware.vmdk.xz VMware file. I/you would have to figure what kind of a VMware file this is. I suspect after it’s configured in VMware it is a minimal system that has a basic shell allowing the user to install the latest version of the Clear Linux.

The iso version I used is 36010, I also read the instructions to install that vmdk.xz file and ended up getting an “internal error” after attempting install. I am going to try the server iso instead of the desktop iso and see if that works for me.