Can anyone help : my PC is stuck on boot like this
I cannot even change tty to repair anything 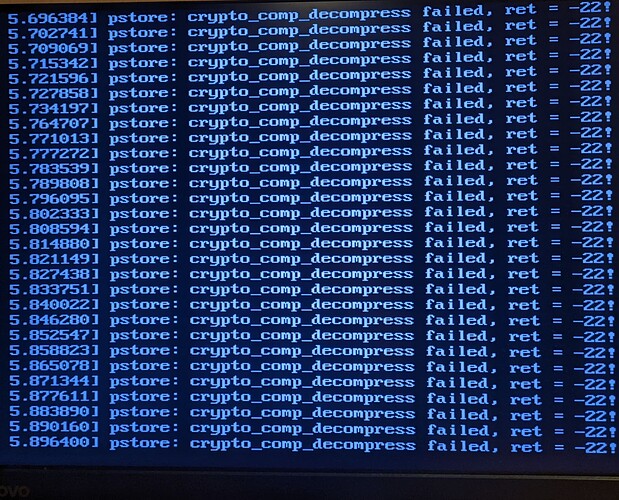 Clear Linux boot issue after update to 32780 News and Announcements

On April 8th 2020 we received reports from users about Clear Linux OS installations failing to reboot after updating to 32780. This Clear Linux version included an update to Linux kernel 5.6 which introduced a configuration CONFIG_EFI_DISABLE_PCI_DMA that does not work consistently with many EFI implementations. Impacted systems do not boot successfully, getting stuck at the error messages “exit_boot() failed! efi_main() failed!”. This does not appear to impact all systems. To prevent this issue…

And picked an older kernel.
But still stuck.

``` This is a non-efi boot. Error-Message: "initramfs unpacking failed: I…nput was encoded with settings that are not supported by this XZ decoder" Is there a way to repair this version 37870 (an update of 37860 but does not boot)? Also Live-CD not booting: clear-37870-live-desktop.iso (Same error). ```

(Anyway I’m out. I happily moved to Ubuntu since yesterday)